I was asked that question recently and I was taken aback. My favorite? How do I pick a favorite romance novel when I have read—quite literally—thousands of romances? I thought about it afterwards and realized that favorites happen early in our lives. As the Cat Stevens song goes, “The First Cut is the Deepest.” 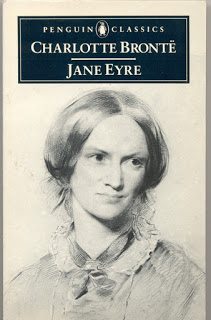 My mind leapt to the first romantic novel I ever read, Jane Eyre. In the eighth grade, we had a choice of reading that or Kim, by Rudyard Kipling, an adventure novel of the British Raj. I chose Jane Eyre, a story about a downtrodden governess in 19th century England who falls in love with her employer, Mr. Rochester. Jane Eyre has a secure place in literary history, but it can also be described as a classic “boss versus secretary” romance, a battle of wills between a masterful boss and a woman in a subservient position who feels anything but subservient. In fact, to me the most important words in Jane Eyre are when Jane tells Rochester to his face,

“…if God had gifted me with some beauty and much wealth, I should have made it as hard for you to leave me, as it is now for me to leave you.” 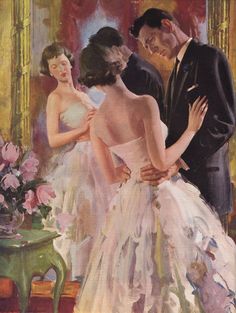 For sheer romance, I always think first of Mary Stewart’s novel of romantic suspense, Nine Coaches Waiting. Raoul is a hottie. True to the conventions of the time the novel was written, he kisses the heroine just once. But what a kiss! In my young teen years I thought it was the ultimate of sexy. The fact that the heroine spends most of the novel trying to avoid a killer did not stop me from thinking Raoul was the most romantic name for a hero ever. Still do.

After those two first cuts, I was in love with every romance Emilie Loring ever wrote, and then I was in love with every frothy Regency romance Georgette Heyer ever wrote, and every romantic murder mystery Mignon G. Eberhart ever wrote. My public library provided me the opportunity to read the dozens of books they’d written over their long careers. Yet that was not enough romance for me, and in college I started reading Harlequin romances. Soon I had a major crush on Charlotte Lamb’s fiercely passionate males—whose violent behavior toward heroines would not be acceptable today. Then it was on to Silhouette Romances and Dell Candlelight Romances and Diana Palmer’s wonderful Western heroes, and then there was Linda Howard, and Justine Davis and….

Flash forward to today. What is my favorite romance today? It’s the novel I first pick up off my shelf. It’s whatever book I am reading right now. How about you?