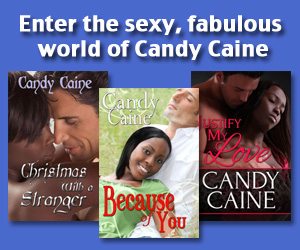 What if you’re trying to write a romance and you get stuck? Maybe it’s time to consider how you’re approaching writing it.

There are two major methods for plotting a romance or any kind of novel,

and they’re completely opposite. Which one you pick depends mainly on which method works best for you for the particular story. Usually if it works for you once, you may as well continue using it. But first you have to finish this one, don’t you? So let’s look at the pros and cons to the methods most writers use to plot a romance story.

(1) The outline method. Think out every detail beforehand, carefully write them down in an outline, then edit the outline until every bit of the proposed action makes sense.

Pros: This is an excellent way to create a strong skeleton for a story, because the method chiefly employs logic, not emotion, even though you plan to write about emotional issues. It also tends to show all the potential flaws in the story, because the outline doesn’t have the distracting turns of phrase, high drama and emotional content that will go into the actual manuscript. Prose-style issues don’t enter into an outline, either. No worries about point of view. Everything in an outline is conveyed in an even tone of voice because an outline is basically a list of facts. All to the good.

Cons: Because the emotions of the main characters will affect the flow of every proposed scene, figuring out all levels of those emotions in each scene beforehand is crucial. If you say the hero and heroine meet and instantly get angry at each other while at the same time being attracted, you have to think through why both things happen and plan to explain it in the story. And then you must plot the consequences, since people do not behave logically all the time. If you don’t, your next scene gets shaky. And the following one is even shakier, until the whole edifice crumbles. Meanwhile, sometimes during the writing of the actual manuscript, the characters you’ve created seem to take on lives of their own and try to burst out of the roles in which they have been cast. The supposed hero isn’t very heroic or interesting, and meanwhile the bad guy wants to become good. Or some particular scene that was planned simply does not jell. The outline doesn’t work at the manuscript stage. Question why this is happening, especially if it happens again and again. You might have to drastically alter that neat outline to give your characters breathing space.

(2) The seat-of-the-pants method. Sit down with a basic idea and just write a first draft, letting the story tell itself.

Pros: If the plot ends up being a lot different from what you initially thought it would be, that’s usually not a problem. And it can be fun to let the characters take over and dictate the story. Maybe you thought your story was about two people,

and the story that gets written is really about three. No big deal. And your story grows organically, with fewer contrivances and more human frailties instead being only about the two main plot characters That’s great.

Cons: There’s a tremendous likelihood of writing false starts and dead ends and extra scenes that need to be dumped. What if you get very interested in a secondary character and let him or her take over too much? Then the plot becomes unbalanced. Or maybe you’re so busy describing dramatic confrontations that the story never progresses. For instance, you write the first meeting between the heroine and hero taking place on a city street, then change your mind and have them meet in a bar instead, or in an office. Meanwhile, they haven’t gotten beyond a first meeting. Sometimes, you skip around the story and write favorite scenes with little idea of how to connect them. Of course it’s fun to write a big argument scene that ends in the characters making love. But then you have to figure out where that scene goes in the story, and what goes before and comes after it. There’s the possibility that these individual scenes may not add up to a complete and/or cohesive story. And if too many scenes are written separately, they can end up being too dramatic and overwrought. During revision, each one of these missteps may mean junking entire scenes, even though they are well-written. That’s a painful experience for a writer.

Baffled by too much or too little organization and too few or too many options, you may end up walking away frustrated. Worse, you may conclude that you aren’t a good writer. Not necessarily true. Maybe you’re using the wrong plotting method. So, pick the style of plotting that appeals the most. But if it isn’t working, if repeated efforts are not allowing the characters to breathe or not clarifying the direction of the story, then consider switching to the other method. Even in mid-manuscript. It might be the boost you need to finish your romance novel.

About Irene Vartanoff
Irene Vartanoff is a longtime romance editor and writer who got her start in comic books. She is the author of several graphic romance novels published by Arrow Publications include Breaking All the Rules and The Egyptian’s Texas Spitfire. Under her comic book nom de plume, Poison Ivy, she contributes to the MyRomanceStory Blog.