Ever hear of hooking up? Sure you have. It’s supposedly what every single person under the age of 30 does. Specifically, they all get drunk and have sex (or something) with people they hardly know and are not dating. And after the sex, they continue with their regular lives, without having any further relationships with the individuals they hooked up with.

Hooking up is rife on college campuses, where binge drinking came back into fashion after the war on drugs made doing dope a little less fun for everyone. As it turns out, the female body does not metabolize alcohol as quickly as the male body does, and of course most women weigh less than most men, so the combination means that a woman is a quick drunk. Ogden Nash, a poet who wrote comic verse in the 20th century, came up with the classic line about alcohol and sexual success: “Candy is dandy, but liquor is quicker.”

On campus, parties are constant, and despite drinking age laws, there is always plenty of alcohol. Meeting other students at these parties is a kind of social introduction or safety net, although at large universities, these students could be people one does not know at all. Yet, fueled by alcohol, students hook up with these near strangers. Afterward, many of the girls hope for a relationship, but the boys move on to the next hookup. (It’s not surprising that boys are not ready to settle down at age 19.) After the college years, private parties, the bar scene, office parties, and so on supply the venues for the same behavior. Anyone who has seen Girls or Sex and the City on television knows that people find many ways to meet and have uncommitted sex. And that many of these people—mostly the women—still yearn for relationships after the sex.

We can’t turn back the clock on sexual behavior. Americans are marrying much later today: women get married on average at age 26 and men get married at age 28. During the 1950s, the average ages were 20 and 22 respectively. It’s not reasonable to expect 100% of youth to remain virgins until they’re nearly 30 years old, is it? But a surprising number of college students—about 25%, are virgins. Despite the hookup culture. And a surprising number of social scientists have polled and studied the sexual behavior of college students, so we know these figures are accurate.

Which brings us to kissing. It turns out that “hooking up” is a deliberately vague term that encompasses any sexual contact, from kissing to full-on intercourse. About a hundred years ago, the term “making love” was vague enough to mean “flirting” and “wooing,” without sex being directly involved. The term continued vague for a long time and then solidified somewhere around mid-century, and has meant “having sex” ever since. So another term that was vague replaced it, called “petting.” Petting was big in the 1950s and early 1960s, and could mean anything from a kiss to heavy grinding in the back seat of a Chevy. That fell out of fashion during the much-heralded sexual revolution of the 1960s, which was predicated on easy and effective birth control by pill. Supposedly, everybody in the 1960s was a hippie who had sex with everyone without thinking of any consequences or needing any relationships. Of course this was not true, and soon enough, by the 1980s, the vagueness of “hooking up” came into fashion.

Are you seeing the cyclical nature of male–female dating patterns? I sure am. There always is a need for a middle ground, for relationships that aren’t fast-paced and hot and heavy. Despite its name and its reputation, hooking up actually can give people space to fool around a little, or a lot, without huge social or emotional consequences. Which after all is what courtship is all about. 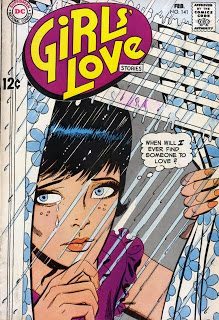 Does hooking up have anything to do with romance? Of course it does, but nobody wants to admit it out loud. In romance novels, the sex is not hookup sex even if the hero or heroine thinks it is; it’s never meaningless body dating. Usually, in romances the sex, indeed, even the tiniest little bit of hooking up—passionate kissing—is a transcendent experience. And that means a relationship is likely to ensue. Romances are wish fulfillment, there’s no doubt. At the same time, they are reality-based, because the heroines and heroes of romances represent the real-life 25% of college students who are virgins, and the percentage of others who either avoid the hookup culture (also about 25% but not necessarily the same people) or who use the social convention of hooking up to have a tiny bit of romance in their lives, but stop short of—in the old-fashioned term—“going all the way” with people they hardly know. The tension involved in being tempted to take a hookup all the way makes for a new-but-old conflict, exactly the sort of thing encountered in classic romances.