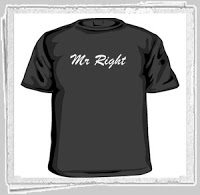 Is it love if the guy doesn’t say he loves you?

When writing that sentence, I began to realize that I had used the word “guy” because I don’t think of a “man” as afraid to say he loves me. But a “guy” might try to weasel out of such an admission. In the personal advice columns that are still syndicated in the remaining newspapers in this country, but are also in online magazines such as Salon, women often do complain that they are living with men and are thinking they want to get married, but somehow, the man avoids the topic. Well, duh. “Why buy the cow if the milk is free?” We’ve all heard that cliché expression, yet many of us try to live as if modern men never feel that way. Some men want to marry, and others, not so much. Still, they’re happy to have someone to have regular sex with, happy to have a companion to social events that might otherwise be a little intimidating, and happy to have a domestic goddess at home who probably cares more than they do about making sure there’s food in the house, clean laundry, and a sanitary bathroom. Which is not to claim that every female has higher standards of domesticity than every male-merely to strongly imply it. In this situation, unless a man wants children or is worried that the woman will leave him, why would he want to marry her? Some guys do get married, because it feels comfortable to them. Others, not so much. Meanwhile, women already living with these guys are asking other people for advice, because despite their intimacy, they cannot measure the character of their man. John Shore’s article in Open Salon, “Six Tests to Determine If He’s Mr. Right” is typical of the confusion that modern women face.

Middle-class twentysomethings probably living in urban apartments are not the only people who seem indecisive about marrying these days. I just read a novel about some miserable people in West Virginia strip mining territory (Strange as This Weather Has Been by Ann Pancake). Frankly, so far, I have never read any novels or true tales of West Virginia that were not miserable. The state’s coal resources have meant the ruination of many, many people here. Anyway, in this novel, one of the narrators is the first person in her family to feel the itch to leave the hollow where she was raised, and she goes all the way to Morgantown (gasp! the big city!) for college. She immediately realizes that she wants to go home. So what does she do? She hooks up with some guy and gets pregnant by him, which pretty much self-sabotages any college plans. But she doesn’t marry her boyfriend, not until several years later. After she’s living back home again, she gets pregnant by him again. By then she has learned how to forage for wild plants to sell, and he has a job and makes a serious proposal. So they marry. As the story develops, the love they once might have felt for each other-or maybe it was just lust-is soon gone, destroyed by the terrible calamity of the strip mine destroying their home and way of life and the local economy turning completely sour. As I read that book, I kept wondering, well, do they at least love each other? Does anybody in this story love anybody else? There’s lots of family sticking together, and people helping each other and working together, and so on. But they don’t talk about love. Talk of love perhaps is not done by country people, but talk of love seemingly is not done by city people anymore, either. Shacking up, however, is becoming universal.

Under these circumstances, which are more and more commonplace all over our country, it’s a wonder that anyone dreams of romance, or can even read a romance with a straight face. Yet we do. Romances are about idealized characters who behave better than we do in real life. The heroine of a romance is more discriminating about her personal behavior than many real women. She won’t have sex with guys just to have sex. She has high standards in men, too. She’s not interested in indifferent men, in loser men, in men who need a mommy. (Maybe she’s already been burned by her prior involvements with triflers.) The heroes of romance, true to their basic male nature, tend to be more instinctive and taciturn, but they, too, behave with more grace than most real men. Romance heroes are not the men who say “I’ll call you” and then don’t. These are not the men who “just aren’t that into you.” These are the men who really, really care. They might be slow to declare their love, but by the end of the story they are saying it out loud. Repeatedly.

Do these men exist? Can writing about them and reading about them and idealizing what men can be make such men exist? If men know that women want them to be heroes, will men aspire to be heroic? Or are they already heroes, the ones who can see past the fulfillment of selfish desires to the golden prospect of building a life with someone? A life in which “I love you” is not a rare turn of phrase? I believe they do, which is why I keep reading romances.