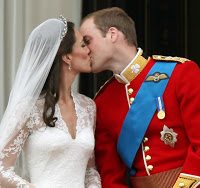 The big romance story this week has been the wedding of Britain’s Prince William to Kate Middleton. Numerous people seemed to think it was a terribly romantic event, and of course the media was in a frenzy. How romantic is it really when two people who have been lovers off and on for a decade (oh, come on, of course they have) finally get married? I mean, it’s nice for them, but not exactly exciting. Although when you’re a royal, every public step counts, even for the eldest son of the eldest son of a reigning monarch who looks to be healthy enough to reign forever. A telling choice was to not invite a black sheep of the family, William’s aunt by marriage, the scandalous, irrepressible Sarah Ferguson. Fergie was a good friend to William’s beleagured mother, Princess Diana, and like her also ran up against the

disapproval of the stuffy royal family. She got divorced, too, but lived to get into other hot water. So, no invitation. Her two daughters, Princess Beatrice and Princess Eugenie, were invited to this wedding and showed up, too. They arrived in attire as close to Goth in spirit as possible, while maintaining complete decorum. How did they pull off this trick? With their wild hats, pointedly overdone makeup, and trendy costumes. What an insidious and slyly clever way of reminding the entire world who their mother is. Were they mad for her sake? I hope so.

Hats were the big fashion news of this wedding. The wedding gown was important, of course. A takeoff on actress Grace Kelly’s wedding attire when she married Prince Rainier of Monaco, Kate Middleton’s gown was conservative and romantic. Undoubtedly, it will be responsible for a new and desperately needed wedding gown trend—the covering of shoulders. We’ve been seeing far too much flesh at weddings recently. No more, I hope. 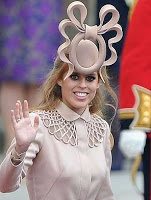 Soon I suppose we’ll be seeing preposterous hats. The hats at the royal wedding ranged dramatically, but even when their style was conventional, they tended to be large and striking, such was what Camilla and the Queen wore. If they were unconventional, then they were silly, grotesque, and whimsical. I think you’d have to get technical to define the difference between a hat and a fascinator; all I knew about fascinators before this was that Aunt Eller in the musical Oklahoma (which takes place before World War I) talks of wearing one. Is a fascinator always tipped to the front of the head, for instance? In old comic books from the 1940s, Lois Lane wore hats that looked like the fascinators seen at this wedding. Fashion when it is completely silly is always interesting. 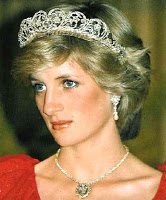 The ghost of Princess Diana hovered over this wedding. Many people are interested in Prince William chiefly because he is Diana’s (handsome) son, and not because there’s a chance he’ll be King of England some day. (It certainly won’t be soon. Given the longevity and healthy lifestyle habits of Britain’s royal family, he could wait 30 years or more.) Comparisons to Diana’s wedding and to her disaster of a marriage were plenty, most of them tactlessly uttered by newscasters, but also many voiced by people in the crowds who watched and celebrated this wedding. We don’t expect that William and Kate fully fathom why the world cares about them, because it’s hard to explain why we cared so much about Princess Diana. Every wedding is about the same thing, of course, two people joining together to try to build a happy life. That’s the main event, even though the mad hats do seem just a little bit more interesting than the perfect-seeming happy couple.