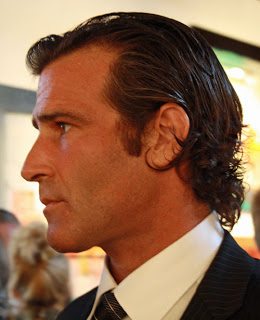 Every once in a while I have to devote some time to just admiring male pulchritude. Yes, men can be beautiful. They are handsome, attractive, cute, stern, adorable, tough, and sexy.

It’s February, the month when too much ice and snow annoy too many people in the temperate zones. It’s the month when some of us bake too many cookies, and eat too many Valentine’s Day chocolates. Or we wish we had a sweetheart to give us those chocolates, preferably in a big red heart-shaped box.

Some of us are shoveling snow. Others are watching too many television shows out of sheer ennui. And the ads. No, that amazing abs workout machine will not make any of us into super-models. We could be doing something better with our time. We could be gazing delightedly at photos of attractive men. Let’s do it!

Colin Duchin, our first pin-up boy, is at most a minor social celebrity because of his pedigree. He’s related to some famous people in the arts by blood: Eddy Duchin and Peter Duchin, and by marriage: Brooke Hayward and Margaret Sullavan. But he’s here today because he’s a handsome man who looks like the embodiment of the businessman romance hero. Note the suit and yet the hair that’s a little long. But is that too much fake tan or just a weird effect of the camera? 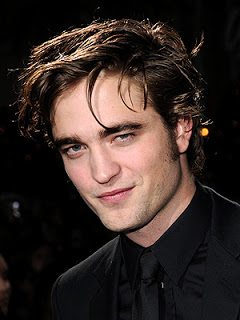 Robert Pattinson, our next pin-up, has the distinction of being the actor who plays the role of the vampire, Edward, in the very popular Twilight movies. He’s young, he’s British, and he’s got a really nice smile. 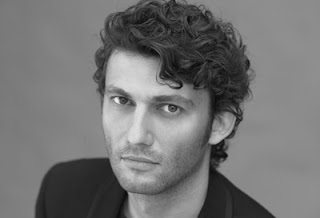 Jonas Kaufmann is known throughout the world as one of the best operatic tenors today. He’s easily the number one hottie in opera, too, and when he sings the flower song to Carmen, or the tender love song about Marguerite in Faust, you believe he is crazy in love. The stuff that dreams are made of. 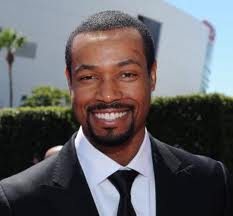 What can I say about Isaiah Mustafa? Love him as the Old Spice Guy, love his smile, love his sense of humor. Hot? You bet. 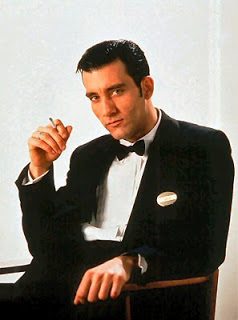 And here’s Clive Owen, an actor who can look either shady or heroic. 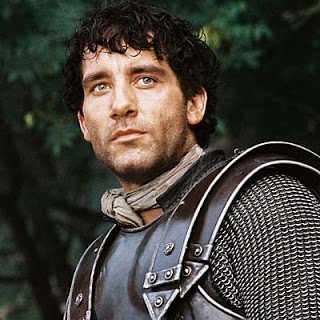 I prefer the heroic, don’t you?

These dream men have real lives. Luckily, we can enjoy their attractiveness calorie-free and involvement-free. Just don’t anybody start stalking, okay?