We know who epitomizes the girl next door in Hollywood, of course. Sandra Bullock, from the moment we first met her. When we think of a romance heroine, we can easily visualize Sandra, nice-looking but not overwhelmingly gorgeous, not high maintenance, doing her best, trying to make everybody around her happy, and hoping the man of her dreams also cares about her. We also can easily visualize the boy next door, a normal sort of guy or possibly a macho Navy SEAL, taking a shine to Sandra, and a happily ever after.

Strangely, people who don’t read romances imagine that our leading ladies are glamorous, like opera stars. Not like movie stars, because they’re a little trendy for real glamor and their cutting edge looks can be a bit frightening. And we know movie stars are high maintenance. Even their assistants have assistants. But like star sopranos, true divas, who travel in the world’s most elevated artistic circles and wouldn’t be out of place in a royal palace. 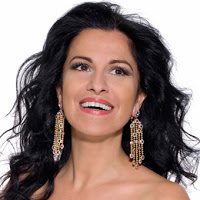 Yet the glamorous woman is not a typical romance heroine. It’s not that in her wildest fantasy a romance heroine doesn’t hope that for one evening she could be as striking as Maria Callas wearing Dior. It’s that those incredible earrings Romanian soprano Angela Gheorghiu sports would get in the way of being a doctor, or saving the planet, or even accepting a hug from a child. Deep in her heart, every romance heroine cherishes the idea that on one special night, she could look this amazing if properly made up, gowned, accessorized, and photographed. So of course do romance readers, which is why a grand party scene that involves dressing up in classic formal wear is such a perennial favorite. But not every day.

As for sheer beauty, for a face that launches a thousand ships such as Russian diva Anna Netrebko’s, neither the romance audience nor the opera audience expects that. This is a huge reversal from tales of old, which almost always featured a beautiful, high-ranking young woman. Low-ranking women lost their looks young, from the sheer hard labor of peasant life. (Also, their teeth.) Princesses, who got the best food and what passed for medical care in olden times, and of course the best gowns and lots of jewels, tended to look better. They dazzled, which was taken for beauty. So of course the idealized romance heroine was beautiful, impressive, radiant, and high-born. Not the girl next door at all, unless next door was a castle. 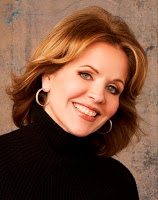 Today, we also have opera stars who look like the girl next door, such as two home-grown American sopranos, Renee Fleming and Patricia Racette. Although they frequently wear fancy costumes and they often show up at formal festivities in glamorous evening wear, they don’t lead with their looks, but with their sincerity. Sincerity is exactly the quality we most associate with the girl next door. We know she’s got a big heart, pluck, determination, and a host of admirable qualities. We readers hope we’d show the same under similar stresses, but meanwhile we simply enjoy reading about women who have nice smiles, who aren’t pretentious, and whose appeal is touchable. 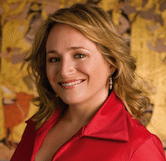 It’s not as if anyone pictured here has hair that is shellacked into a frozen look, or is wearing a tiara, but you can tell the girl next door from the glamorous diva, can’t you?