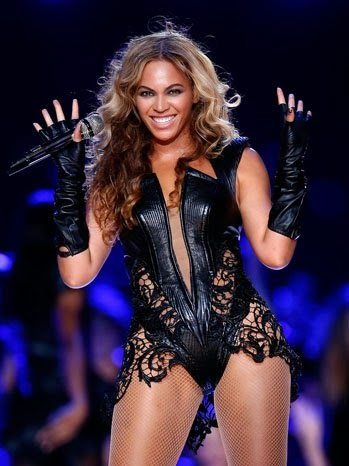 What is the big deal about women’s legs? They were revealed in burlesque shows in the 19th century, and oh, what a scandal. All you had to do in an era of voluminous floor-length skirts was show some leg. The word “burlesque” means a spoof, a satire, but to most people, it means something naughty. Today, it’s a strip show, specifically one in which women take off all of their clothes—or at least, all it is legal to remove. In some localities, that’s everything. In others, some small remnants of garments are required, like the “G string,” which covered a woman’s genitals. Today’s G string is much smaller than it used to be because today’s much thinner and shaved or plucked women have managed to reduce their visual genital area. The “delta” referred to in the Bible is no longer a delta. If you’ve noticed, Beyoncé, whose clothes are designed by her mother, is always well covered. 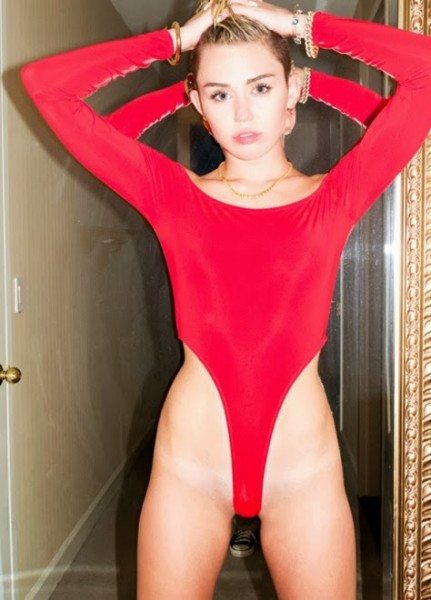 Miley Cyrus, whose clothes are designed by Satan, wears far skimpier outfits even though there is less of her to show. 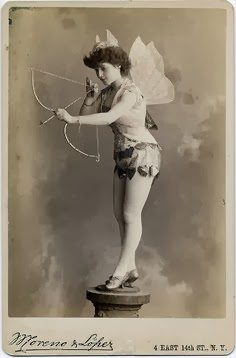 Contrast today’s ultra-sexy women, scandalous or not, to the scandalous women of the 19th century, whose pin-up poses showed them wearing tights instead of floor or ankle-length skirts. That’s all. Legs in tights, oh my! And rather fat legs by modern standards, because a soft and rounded female body was the universal feminine ideal all over the world until the 20th century. Check out this archive of scandalous burlesque dancers in the UK Daily Mail. The women pictured have quite a bit of meat on their legs, yet their waists are cinched in ridiculously by corsets. Silly, huh? Yet today, we’re so inured to women being ultra skinny that we don’t even recognize the starvation lines in movie stars’ and models’ faces for what they are. There even are blogs that dis women whose thighs are not thin “enough” so that they don’t touch. 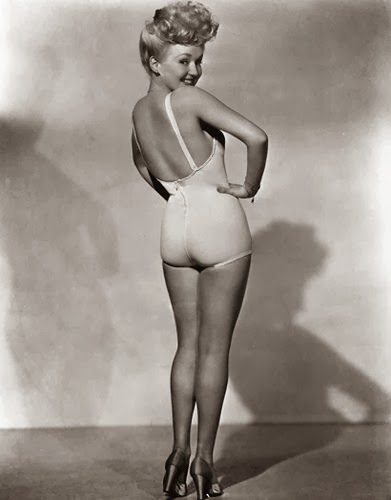 When women’s legs were finally revealed in ordinary street dress in the early 20th century, men rhapsodized over them. They decided women were sexy based on “a well-turned ankle” or “great gams.” That slowly changed. Men got used to seeing women’s ankles everywhere, and later, to seeing their entire legs at the beach. Eventually, leg love moved on to the “legs up to here” thing of cutting women’s swimsuits up the sides, and their underwear, and eliminating their pubic hair so their legs would look long, longer, longest. And by the way, so they showed a much larger part of their lower body in public. Contrast the two most popular World War II pinups, Betty Grable and Rita Hayworth. Grable shows her legs, but that’s it. Hayworth simply poses on a bed in a nice nightgown. 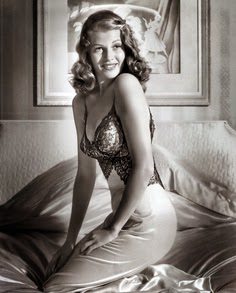 We aren’t going back to the standards of prior centuries anytime soon. Yet it’s worth noting that what is considered sexy in female bodies may change, but male admiration of the female body remains constant.