The recently opened movie romantic comedy, “Bridesmaids,” is more like a serious romance than a comedy. Oh, sure, the ads all suggest there are a ton of outrageous comedic moments. I expected a raucous laugh riot about a batch of women who each cause chaos during a hen party trip to Vegas. Unfortunately (SPOILER ALERT), the gals get escorted off the plane after a very comic scene and never get to “What happens in Vegas Stays in Vegas.” Dang. I was looking forward to some silliness there. Although the airplane scene does live up to the hype, and the bathroom emergency scene prior to that lives down to the descriptions I read in reviews (I closed my eyes), this movie is not exactly a laugh a minute. The bridesmaids don’t even wear the sharp pink silk dresses pictured in the ads. As a female, I am annoyed about that. They looked good in those dresses. My favorite scene in the romcom movie, “27 Dresses,” was the one in which Katherine Heigl takes out one awful bridesmaid gown after the next and we get a few seconds of each overblown wedding scenario. That was guilt-free fun.

This movie’s fun is wrapped around misery. The comedic moments are mostly playing off the increasing depression of the main character as her behavior becomes more and more erratic and she finally hits rock bottom. Her wild descent makes for good movie visuals, but the deeper we get into this story, the more serious it becomes. Luckily, the movie’s writers emphasize a couple of paths the heroine can follow to get out of her funk, and true to a romantic comedy, the story ends on a light and hopeful note. But it was touch and go for awhile.

Romance novels don’t play misery this way. A heroine’s life can fall apart, but she’s not supposed to have a bad attitude about it. This is because in a novel, the reader has no distance from the heroine and thus cannot be allowed to laugh at her. In a novel, the reader is in the heroine’s head. No matter what vicissitudes a romance novel heroine undergoes, she is only allowed to be super miserable and down in the dumps about her love for the hero. Everything else is important, perhaps, but somehow, the heroine has to have the mental resilience of a Pollyanna. She will triumph over adversity just as Scarlett O’Hara refused to let life get her down. If a romance novel heroine does not take this rather tough-minded attitude, she is likely to devolve into a “poor little me” type of heroine. That kind of fragile female was acceptable in a prior time, but would be laughed at by today’s romance readers. Especially the readers who also like paranormal romances, in which heroines tend to be strong and strong-minded. Oddly enough, laughing at a heroine works all right in a movie, but it does not in a book. 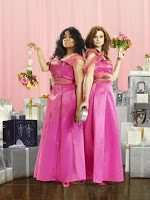 So that’s why a book isn’t a movie. An extended written description of a heroine’s miserable life usually would be a downer, and so would constant descriptions of klutzy behavior. A movie depiction can be humorous because it shows the externals: crashing the car, losing the apartment war, getting fired from the job. Viewers see the setup and say, “Oh, no, she didn’t,” or “Oh, no, she not going to, is she?” In a movie we watch the heroine sabotage herself over and over and we laugh. In a romance novel, she may sabotage herself as a negative life choice, but there’s a real antagonist, or even a villain. And there is always a hero to come to the rescue.