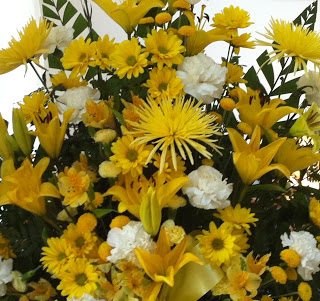 People often make the mistake of thinking that modern women, women who have their own money and access to all possible consumer goods, do not want to receive the classic romantic tokens of affection. These people are wrong. We want you to send us flowers, and bring us little presents (and big ones, too), and perform all the cliché romantic gestures we’ve seen in movies and on television and online, and we’ve read about in books, and we’ve heard about from our parents and our grandparents.

Really. Send flowers after our first date. Bring flowers before our most important date—you know, the date when we’re going to make love for the first time. Appear with an occasional flower “just because.” Do this when we’re going to a special party, or hosting one. I haven’t met the woman yet who got mad at a guy for bringing her a few unexpected flowers.

We must get over our sense of embarrassment at making a spectacle of ourselves. It’s an American bad habit to feel that possibly we are being false in the moment if we show emotion. Nothing could be further from the truth. A man carrying flowers does not look like a poser, or a dork. He looks like a real man. Before Mother’s Day or Valentine’s Day, it’s common to see men studying floral displays, buying them, or carrying them. I’d like to see it more often during the year. I’m sure florists would, too, but I’m not here to talk about goosing small businesses. I’m here to talk about romance.

Gestures that convey our feelings are ages old. Before most people had the leisure to learn to read and write, romantic gestures played a much more prominent role than they do today. Before most people had an accepted way to talk about their feelings (other than the high art of poetry), when daily life was mostly duty and work, romantic gestures told the tale of their inner lives. Languages of flowers have been developed in formal societies, by which certain blooms symbolize specific emotions. We don’t have to be that complicated or indirect anymore, because speaking freely and acting freely are options we enjoy in the modern world. But trust me, no woman wants to be told she is loved in a text from your cell phone. She wants the flowers, the jewelry gift, the bended knee marriage proposal, too. Considering that a lot of sexual behavior involves bended knees, it’s appropriate, don’t you think? Hmm? Not wishing to be crude here, but romantic gestures exist in part to pretty up our very basic urges, and to convey the sense that there is a higher meaning to their expression.

So, yes, send flowers. They’re pretty, they’re non-fat and no-sugar, one size fits all, and we women adore the gesture.