I still feel like I’m reeling from the shock of how horrible Juan Pablo turned out to be in the end. But it’s time to move on to our smart and sophisticated Georgia peach: Andi Dorfman.

Recap:
The premier was entertaining, but not too overly scintillating. Perhaps, in part, because of a rather sad cloud that looms over the whole season — contestant Eric Hill’s tragic death while paragliding post filming.

The biggest drama sourced from a surprise guest, Chris Bukowski, who wanted a chance to vie for Andi’s affections. Chris made it pretty far in Emily Maynard’s season and was on The Bachelor Pad. Not knowing when they were filming, he claimed to have been waiting for the chance to see Andi for seven days. Clearly somebody is having cushy mansion withdrawal. Andi made the right call and refused to see him.

Some of these guys really brought their A game to impress Andi — there were cookies, a lamp, a mini golf course, pasta, and pants (given to her by JJ the Pantsaprenuer). What doesn’t impress Andi? Apparently being another lawyer. Rudie, the only attorney there, didn’t make it through the first cut. 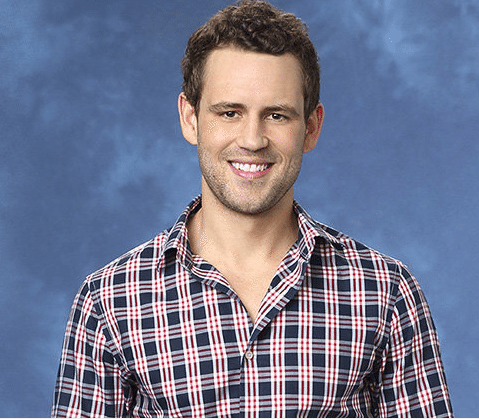 Also, I would have to say I’m loving the dynamic between Chris Harrison and Andi. There is a great sense of camaraderie and respect, which is refreshing compared to last season.

Though Andi professed that he is not the type of guy she would usually go for, Nick V. received the coveted first impression rose. I think he’s going to be trouble in the end… I just sense it!

Best Quote:
“The only other thing that happens from here is that it gets bad.”
—Chris Harrison on Chris B.’s pleas to see Andi.