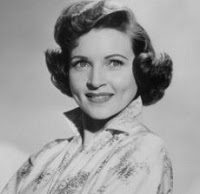 Have you been watching the new PBS British import, Downton Abbey? It’s an Edwardian television drama full of grandeur and hauteur, and naughty doings above and below stairs. Like most series created by the British, the sets, costumes, hairstyles, and manners tend to be accurate, rather than Hollywood fake. Which means instead of all the women, no matter what their ages, having Botoxed and plastic-surgeried faces so they attempt to look young, they actually look their ages. This is utterly refreshing. 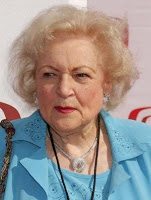 Some women were born to be Lady Bracknell, after all. They reach their prime when they are middle-aged at least, if not older. Like Betty White, they just get more and more interesting, but they don’t do it by trying to hold onto the nubile appeal of their long-gone youth. Of course you know who Lady Bracknell is. She’s the battleaxe mother in The Importance of Being Earnest who gets the best and most sarcastic lines in the play. In Downton Abbey, venerable actress Maggie Smith channels Lady Bracknell in all her snobbishness, erect posture, and hilarious one-liners. Fearlessly, Smith embodies the sureties of a bygone era, including trenchant opinions I can’t quote here because they tend to be impossibly un-PC. 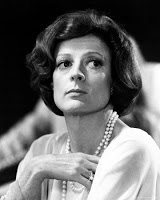 Although this television series has several handsome young women and men, and they have a number of rather interesting bedroom encounters (I’m being discreet so you can watch the previously aired episodes online and catch up), the real action is between the older women. The Dowager Countess of Grantham despises the widowed Mrs. Crawley, an impossibly middle-class woman whose son is now the heir to the great estate. An unlikely ally to the countess is her previously despised daughter-in-law, the current countess, an American heiress whose money saved the estate a generation ago. Elizabeth McGovern looks her age as the daughter-in-law who has endured decades of digs about her money from her clearly ungrateful mother-in-law. Below stairs, there are a stern-visaged, middle-aged housekeeper and a sour-faced lady’s maid to complete the circle of older women who have a say in the doings of a great house and who are major actors in this story.

What interests me about these characters is that it’s a natural progression for women to become powerful social arbiters or frank social commentators once they are past the years of young love and nesting. Yet the position of middle-aged (or older) society doyenne, a classic one for women, is something that our current social order has nearly abolished. Instead of calmly authoritative older women who don’t spend all their time on sexual hijinks, we focus on women of a certain age who still try to stay in the running via plastic surgery, Botox, injections, and more. Perhaps, in some women, this is a natural progression from the fake boobs and nose jobs they got while young and in competition to get male attention. Sadly, instead of ever being secure in having achieved that goal, instead of blossoming into full womanhood and reaching the status of battleaxe—that is, of a woman whose power is to be feared and whose word is to be obeyed, these women still try to act kittenish.

People often decry our culture as too youth-oriented. That’s an easy criticism to ignore until you notice how most older women in our country with fame or power or position look. They look fake young. Not, like Lady Bracknell or the Dowager Countess of Grantham, like old women. Imagine if Maggie Smith, seen here when young and then when not young, playing the countess, had refused to age? We’d be missing out on a killer character and on a genuinely important antagonist in a family drama. The hyper-sexualization of women is not merely that of pre-teens. It’s also that of older women, who after duly mating and producing and rearing children, ought to claim their full power as mature beings instead of desperately straining to fake continued youthfulness.

Which leads me to a lovely blog post about a topic closely related to this, entitled “You Don’t Have to be Pretty.” The author, Erin, does a blog called A Dress a Day, which sounds utterly girly and frivolous and antithetical to the idea of women being powerful when they are no longer young and sexy. Nevertheless, she has the brilliant insight that women do not have to be pretty, that we don’t owe it to anybody to look our best all the time, or look sexy, or whatever. In fact, we owe the world no more than the standard most of us impose on our sons: Recent bathing, and no ripped or dirty clothing. It’s a thought worth contemplating.