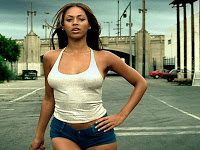 Love is wonderful. It can also make you crazy.

Today’s very open society, in which men and women mingle freely at work and at play, in public and private spaces, has led to complicated, intimate romantic expectations. Lots of them, major and minor. In this we have an advantage over people of past eras, because we can pick and choose among annoying traits that various potential life partners display. We are able to learn enough about them to know who they are. Thanks to the Internet, we can even check out what other people have publicly said about them, or if they have outstanding warrants, or if they are married and playing us along. If we live together before marriage, we can see it all without even making a serious legal commitment, and we can get out and save our sanity.

In past eras (and of course, still today in many parts of the world), women and men were kept apart during courtship. Thus they found it hard, if not impossible, to discern who was sincere and who was fronting. Only their parents, their relatives, or their social circle could provide them with enough pertinent information to make an informed choice, and often, all three had an agenda to push the marriage despite the obvious poor fit of the bride and groom. With marriage being for life, it was easy to make a BIG mistake, and then be stuck with it. The odds against choosing right were enough to drive a person crazy. Sometimes, that’s exactly what happened.

In the 19th century, women were believed to be prone to hysteria, and some women surely found hysterical outbursts a relief from the social constrictions of their lives. In 19th century fiction, many romantic heroines, delicate virginal creatures that they were, succumbed to fits of madness, which was even more genteel than hysteria, but substantially more permanent. Heroines also were at risk of being declared mad by males with legal rights over them, such as a husband, father, or brother, and being shut in an asylum. Stuck there, then they’d go mad for real. Who wouldn’t?

The archetypal 19th century mad scene takes place in a famous opera, Lucia di Lammermoor, based on Sir Walter Scott’s novel, The Bride of Lammermoor. In it, a young woman is driven mad by family pressure to marry for money. She loves another man, who supposedly has betrayed her. But poor Lucia, or Lucy, doesn’t just go mad from the stress of marrying the wrong man. She kills her bridegroom at the beginning of their wedding night. In the opera version, she then sings at length in a delusional state about being married to the man she loves, while still wearing her blood-stained nightgown. Good stuff, but unfortunately, Lucia/Lucy can’t live after this incident. Murdering her unwanted husband is beyond the pale. So this fragile heroine dies before anyone thinks of arresting her.

Later in that same century, Wilkie Collins penned the first of the “sensation novels,” The Woman in White. He used madness, identity switching, marrying for fortune, illegitimacy, and forgery to create his detective romance in which not one but two innocent heroines are taken for insane and shut up in an asylum. In the 19th century, romantic heroines sometimes needed a lot of rescuing.

Gothic novelists of the 20th century carried on the tradition when writing about the 19th, often creating heroines and villainesses who succumbed to “hereditary insanity.” Usually, the heroine lived in fear of getting the family curse of madness, and then conveniently discovered she wasn’t actually a blood relative of the crazy people. Or the villainess, once her wicked deeds were exposed, started gibbering and was certifiable from then on. “Heredity insanity” is a concept that is great in fiction because nobody has to go through a trial or serve time in prison or ever be let go. But it has little specific validity in medicine. There are genetic disorders we can have a strong possibility of inheriting, but no one is doomed to suddenly go full-blown crazy just because Aunt Rose shot her husband. Anyway, Aunt Rose probably had her reasons, although they likely were not the same as Lucia di Lammermoor’s.

In the 21st century, we have a long laundry list of disorders and diseases that can account for bizarre or antisocial behavior, but we generally see very few of them in romances. We don’t need them, because women and men have so many examples of each other’s behavior that there is plenty to worry about and conflict over without sanity being an issue. Relationships can and do drive us crazy, but we mean they exasperate and exhaust us, not that we will suffer a psychotic break because of a boyfriend’s lying, cheating behavior (or other annoying actions). Women today aren’t trying to do a full analysis of a potential husband based on how he waltzed at the debutante ball. They’re seeing men being ruthless in business or gentle to kittens or never taking out the trash, and everything in between. Including sexual behavior, of course. Some people do still lead secret lives, but we don’t have as many out-and-out fortune hunters, or young women forced into marriage to save the family estate, or the like, whether in fact or in fiction.

We can be so crazy about someone that we ignore every warning sign and plunge into deep and dangerous waters. That’s what we mean today about being crazy in love. Not that we will be forced into some desperate act. Luckily, marriage is no longer a lifetime sentence that deprives people, especially sensitive young women, of their sanity. It only seems that way sometimes.