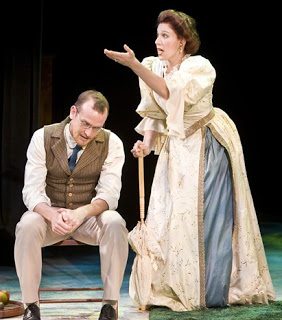 There are lists of classic plays we all are exhorted to read or see in our lifetime, in order to become literate and cultured. I’m here to tell you that we should pick and choose. Classic plays sometimes just don’t stand the test of time.

Uncle Vanya, by Russian playwright Anton Chekhov, is world famous. Like a lot of plays written around the turn of the 19th to the 20th century, it daringly covered what then was new dramatic territory. The men in it chased after the attractive and bored young married woman in their midst, although she kept fighting them off. The women in it were unhappy in love, but stuck in their lives. Plain young Sonya loves the doctor in vain. Beautiful Yelena mistook hero worship for love and now is trapped with a crotchety elderly husband. Uncle Vanya feels he has wasted his life away. At the advanced age of forty-seven, he has nothing but a lot of hard work to show for it. People sit around slumping, their sad posture emphasizing their miserable lives. Oh, phooey. By the play’s end, when everybody is miserable, I wanted to leap up onto the stage, grab Vanya’s gun, and order them to start dancing. Then at least the play would end in laughter. Ironic, sometimes sad laughter, but with the promise that these characters would find some joy in their lives in the future. 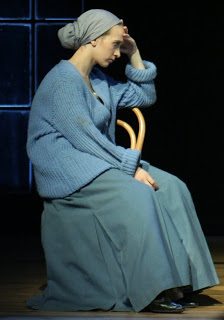 Come on, folks, make something of your lives. No romance heroine would be content to keep on hopelessly working in the same rut once she knew definitively that her doctor love did not love her. After getting a makeover, she’d strike out in a new direction, find a better path to happiness, and along the way, make her dear uncle happy again. The advanced age of forty-seven is not too old for a man to marry and have a family. Things could improve for all these people. Where is a romance writer when we need her?

The miserable ending to this play, in which the abandoned characters sit around morosely contemplating their future, probably is what gave Russian plays the reputation of being depressing. That’s because the playwright leaves them at their lowest point. Romance writers often start their stories at their characters’ lowest point. And then they work up, way up to a happy ever after ending. Chekhov needed a romance writer to give his story new hope at the end. Of course that was not the fashion of the day. Serious playwrights, such as George Bernard Shaw, Henrik Ibsen, and August Strindberg tended to leave their characters isolated and unhappy. If they even left them alive.

We live in a far different age from the hypocrisy and overt social structure of Victorianism, or even the similar smugness of the 1950s in America. We don’t need depressing plays to show us the truth behind social conventions. At all levels of society our culture has pretty much dispensed with such niceties. That being so, what can a play that is over 100 years old tell us today about human nature that still applies? Obviously, that people can get stuck in a rut, that some people love in vain, that others are users, and that others simply can’t use their energy in a positive direction. All of which makes my fingers itch to get Mary Poppins or Georgette Heyer’s Sophy (of The Grand Sophy) on the case. They’d have these people tidied up and set on a happier path in a trice. 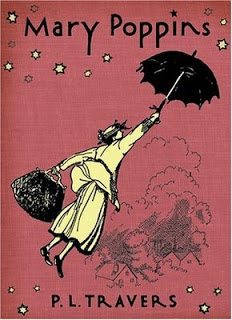 If we call a classic play a problem play, then we should call a romance a problem-solving story. When a romance is honest, and the conflict is honorably resolved, the characters will be happy in the future. While we often are told we should not meddle with other people’s lives, it’s clear to me that the co-dependent characters in Chekhov’s play need someone or something to shake them up and reconnect them to hope. The playwright does not offer that; instead he shows how the introduction of two irritants—the professor and his lovely wife—are the catalysts who cause frustration to burst forth, to no good end. Obviously both men in love with Elena can’t succeed, and the ruination of her marriage is not what she wants, either. This story needs a fixer, some element that would pull the characters out of their funk. If it was written as a romance, that fixer person or element, even as a hitherto undeveloped element of a character’s personality, would be there. In the ashes of defeat and misery, that element would give the depressed characters new hope, and point them toward a happier future. 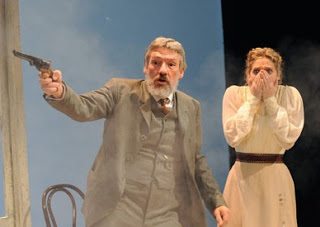 That’s what romances do. They show us how we can solve problems, how we can have a better and more hopeful attitude to what we see in our lives as problems. How we can achieve happiness. This is huge. This is classic. If only Chekhov had his characters start dancing at the end of his play.