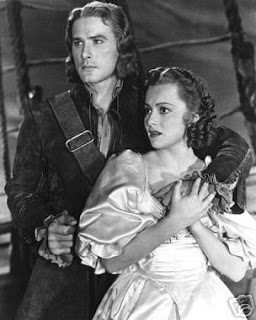 Recently I was involved in a discussion of the differences between a love story and a romance. We all know that up until the twentieth century, a “romance” was any tale of derring do, knightly adventures, swashbuckling, etc. In the twentieth century, that continued for a while with the works of Rafael Sabatini, for instance (Captain Blood, Scaramouche, etc.) but his stories always included what we would call a romance, and a happy ever after ending.

At some point, though, the term “romance” became exclusively associated with stories of girls and women who found true love. A classic romance told centuries ago would have been told from the point of view of an interested bystander, not a woman, and often did end sadly, but a twentieth-century romance was told from the point of view of the woman in love and had a happy ending. This is a key difference.

Today, romances are firmly women’s stories, and stories told by men tend not to be romantic at all. The women in them are not usually objects of true love, either. We went through a period of those women being of very questionable morals, in fact, but we seem to have moved away from that with women taking more active roles in such adventures as spies, government agents, scientists, or even innocent bystanders. The “Bond girl” from the James Bond movies now tends to be a woman with an agenda, not merely a tool of some other man. They still get killed off, though. Nineteenth-century romantic novelist Wilkie Collins would not approve, but perhaps Sir Arthur Conan Doyle might have. He never did get Sherlock Holmes firmly attached to any woman, even the fascinating Irene Adler. The seeds of adventure stories parting ways from romance were sown in the nineteenth century. 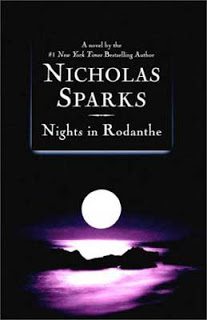 What about the tales people mistake for romances? Nicholas Sparks has made a fabulous career out of writing love stories, and some people think he writes romances, but of course he does not. How can we tell? At the story’s end, the two protagonists in love are not going to live happily ever after together. In fact, in many of his stories, one of them might be dead or close to it. He’s very popular, but his love stories are in the tradition of classic love stories such as Romeo and Juliet—especially the part about being star-crossed and never able to sustain happiness because the world or some problem (such as having taken poison!) parts them. Romeo and Juliet is a classic example of a love story. Why? Because they both end up dead, not living happily ever after. Sure, in theory they’re together in heaven, but more likely given that they commit mutual suicide they’re in Christian hell. Regardless, they don’t end up with a living happily ever after. 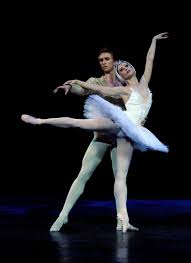 Another classic love story is the ballet “Swan Lake.” How do we know it’s a love story and not a romance? The “good” swan, Odette, dies at the end. (Sorry if you’ve never seen it, but when a ballet is close to one hundred and fifty years old, talking about the ending isn’t really a spoiler anymore.) “Swan Lake” has a sad ending but it also has something that shows up in some love stories—an apotheosis. At the very end of the ballet, the beautiful white swan embodied by the prima ballerina is seen gliding happily in some misty other world with her beloved Prince Siegfried. Sometimes we see love stories that have an apotheosis, and we mistake them for romances, but they are not.

Here we are in the twenty-first century, and some ignorant people still mistakenly call contemporary sweet romances “bodice rippers.” Thus it’s not surprising that we get confused about what’s a love story and what’s a romance. Danielle Steel likes to tread that best-sellerdom line of confusion. Does she write love stories or romances? I would argue love stories, because usually, the original object of her heroine’s love is not obtainable, and the heroine ends up with an acceptable substitute instead.