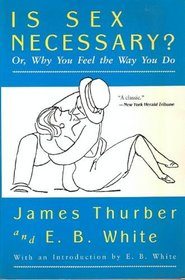 In romance novels, that is? A recent article in the UKTelegraph online cited an article by Julian Barnes in which he claims writers feel a commercial obligation to include sex scenes in their novels whether they want to or not. He also says it leads to risible sex scenes that later generations find easy to scorn. Is this true? If so, what part of his lament is correct?

Do people laugh at sex scenes taken out of context and read aloud? Absolutely. It’s a common way to put down romance novels, both their authors and their readers. Anything taken out of context can sound sappy or stupid, and anything can be mocked. For instance, in every generation there is someone who thinks it’s funny to declaim aloud, in solemn tones, the lyrics of some pop song. It always gets a cheap laugh. Should such mockery stop anyone from writing, performing, or listening to pop songs? No. Does anyone need to reply to scornful laughter at the novels they are reading or writing? I don’t think so, but today romance novelists make a point of replying, to help bring more respect to the genre.

As a result or romance writers being proactive in defending romances, we do see fewer random ignorant newspaper articles. Instead, we get articles that quote respected authors, such as Julian Barnes, or that mine the questionable results of scholarly surveys, such as the many ridiculous stories about women supposedly learning to have unrealistic social and sexual expectations because they read romances. Those are true only if it’s unrealistic to want a man to say he loves you and to treat you well in bed.

But back to that claim. Do authors feel compelled to write sex scenes to sell their novels? Yes, sometimes, but only if they want to sell in a subgenre that typically includes detailed sex scenes. I haven’t yet seen an obligatory sex scene in a murder mystery. Fantasy novels, even gritty urban fantasy stories with fiercely independent heroines who openly admit to liking sex just for the sex, don’t tend to have detailed sex scenes. I could go on and on. I do wonder what kinds of novels Barnes is referring to. Literary novels don’t generally have sex scenes at all, and if they do, they aren’t detailed. These novels are much more likely to contain detailed descriptions of the fireflies in the back yard in 1955 on a summer evening.

We know there are romance publishers with imprints that are very specific as to the amount of sexual content in their books. Harlequin Blaze, to take an example that has been around for over a decade, is very oriented to having more detailed sex in the story and more emphasis on the sex than many other Harlequin imprints. Samhain’s long-established online erotica imprint would not be erotic without the sex. And Amish love stories and evangelical romances would not be what they are without the resounding slam of the bedroom door that leaves any sex entirely to the reader’s imagination. But does any writer of romance feel compelled to write for these imprints? Don’t most authors today write the stories they want to tell, and then look around and see who might like to publish them? We are living in the least monolithic and establishment-limited era publishing has ever seen. Anyone can get a book published, in almost any format. Why would any author feel constrained to write detailed sex scenes to sell a book?

Could it be that some readers now expect that the sexual side of a relationship is as important to reveal and develop as the social side? That for them, it is significant to know that a hero and heroine are sexually content or wildly thrilled? I think so. But no author is forced to go there. Barnes may be talking about the psychological pressure some writers put on themselves to cash in on a hot genre by aping its visible tropes or conventions. But writers can just say no. Feel free to write sexy romances or prim romances. There are readers for everything.

Incidentally, we intuit that the levels of sexual detail impact readership, and we have anecdotal evidence about readers’ preferences, but most surveys of romance readers that can be trusted don’t break out such detail. The Romance Writers of America website has a nifty page citing a Bowker survey of who reads romance by age, region, and income. It includes lots of fun data about e-books versus print. But it does not talk about the level of sexuality in romances being a deciding factor in their purchase. “The story” is the overriding factor, and that can mean anything.

Other surveys of romance readers are either proprietary (i.e., a publisher, usually Harlequin, paid for them and only releases some data to the public) or they’re almost totally skewed by the sampling method (i.e., a college professor asks students in one or two classes about their reading habits.) I would not trust a survey of what romances college students read, despite all the heavy thoughts on romances that have been based on such very small surveys of the romance audience. And why not, you might ask? Because if you have to read Jonathan Edwards’ dense 18th century sermon, “Sinners in the Hands of an Angry God,” on Tuesday night for class, on Wednesday night you will search out the silliest, fluffiest, most lightweight romance you can.

Another tempest in a teacup.

*Apologies to James Thurber, whose hilarious parody of Freud and his followers is worth checking out.