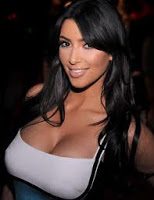 There’s been plenty of publicity about the lack of judgment shown by reality-TV star, Kim Kardashian, who filed for divorce after a mere 72 days of marriage. Many aspersions have been cast on her character for going through with a wedding extravaganza for which she supposedly was paid millions of dollars by celebrity magazines. She claims not to have made a profit on the wedding, and so on and so forth. I take anything this young woman says with a large grain of salt, but one quote struck me.

She expected a fairytale life after her fairytale wedding. Oh, really? Why? What makes her think she’s immune to the ordinary problems of real people?

Without having access to any factual details, I wonder if the breakup of Miss Kim’s marriage went something like this

She Now we’re back from the fairytale honeymoon, we can sell the rights to a tour of our lavish new fairytale home.
He I’d rather hang out with the guys. I’m tired of all the hoopla.

She We’ll name a charity after me, and throw a huge party and get other celebrities to attend and even perform at our fairytale event.
He Training season is just around the corner. I won’t be home.

She Oh, pooh on your silly little career. I can make us millions.
He I’m a star athlete at the height of my powers.

She Your team is locked out and you’re not doing anything to keep us in the news. Stop being so lazy. Get us a magazine spread or a TV interview about our fairytale marriage.
He I’m just living, that’s all.

She I know. Let’s get me pregnant so I can sell the rights to my fairytale pregnancy photos and the fairytale birth, and the first look at the fairytale new baby.
He You gotta be kidding. I wouldn’t adopt a dog into a family like yours.

She Adopting. Great idea. Then I won’t have to ruin my figure. What country has the cutest orphans?
He You’re nuts.

She I’ll have my publicist start talking up adoptions, maybe get some photos of you and me shopping for baby clothes at an upscale baby boutique.
He No baby, dammit.

She We’ve got to do something to keep in the public eye. How about if you have a brawl with the owners, or a teammate?
He No way. I could get a huge fine or be tossed out on my ear. Lose my career.

She You hardly have a career anyway.
He Gee, thanks. I wanted a traditional supportive wife, not a shrew who cuts me down all the time.

She Traditional wife? This is a fairytale, remember?
He And you’re the witch. Happy?

She How dare you! You’re not the fairytale husband I fantasized about.
He Get real. You’re not a fairytale princess.

She I’m going. Goodbye.
He Make sure the tabloids pay you plenty of money for your exclusive fairytale story about our fairytale divorce.