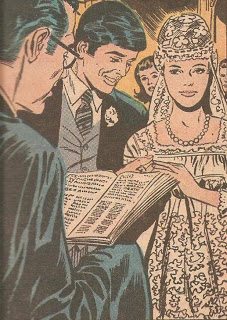 We all have heard about Bridezillas by now. A chief complaint about them is the number of official wedding events at which these self-involved women insist guests are supposed to dress up, show up, and bring an expensive present. Topping this list for pure lack of necessity is the bridal shower.

A bridal shower is a holdover from a time when young women brought the housewares to outfit the new living space provided by the new husband. Girls used to have “hope chests,” in which they collected linens—often ones they had sewed themselves—over many years to serve as the basis for comfort in their new home. The last shower I went to that made any sense was held in a college dorm basement. We gave the bride, a sophomore, lots of small practical items. Both she and her husband-to-be were still living in dorms and needed everything to set up housekeeping. They didn’t have a can opener, or a measuring cup, or any number of modestly priced tools that are necessary for daily living and are not specific to a particular taste. That’s what the bridal shower traditionally was all about. Bridal shower gifts were mostly small, necessary stuff. Our little gifts did genuinely help the couple get ready to set up housekeeping together. The other traditional bridal shower gifts used to be intimate apparel, usually white, meant for the wedding night and honeymoon.

Today, there simply is no need to give such gifts to a bride who has already been living with her fiancé for years in a fully furnished home, whether a condo or a house. Sure, you could buy her a deluxe mixer at $349 and up, but she undoubtedly already has a hand mixer bought for under $30—if she cooks at all, which has drastically fallen out of fashion. The bride doesn’t need you to buy her a vacuum; she has settled on her own cleaning tools–or cleaning service–long since. Forget an egg timer or some kitchen knives. And she sure doesn’t need a white negligée for her virginal wedding night.

Done and done. So why are people still holding bridal showers? To get big, expensive gifts many times over, and because it’s fun to be the center of attention again and again. Today, brides often have three showers, one held just for her closest friends, one hosted by a relative, and the third given by a coworker. That’s a lot of gifts. Bridal showers even have their own registries, too. The pressure on the shower guests, who often are invited to multiple parties for the same bride, is intense. Worse, the guests attending bridal showers report they are very boring. Even though there are new traditions such as games and making the bride wear a bizarre hat with ribbons on it from the presents, the bridal shower is just a party at which the bride opens lots of presents. Watching someone else open presents wasn’t fun when you were eight years old, and it’s not fun as an adult, either. The bridal shower should be a good time for all, but it has now turned into a ritual without any meaning beyond greed. Complaints about bridal showers abound, and Internet searching “I Hate Bridal Showers” comes up with 218,000 results. 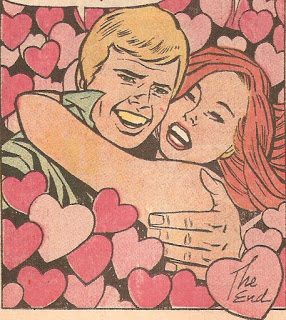 Why not stop this? Plan a party with some girlfriends that’s really a party. Just one. The elderly aunts, the coworkers, and the sisters of brothers-in-law can all come to the wedding, for which there will be many gifts. Dump the shower in favor of an engagement party or a bachelorette party. No one gives serious presents at the bachelorette party and there is a real possibility of getting very drunk. It’s the event where the gag gifts and dirty jokes are welcome. If there is a serious need to invite elderly relatives to some terribly proper pre-wedding event that does not involve alcohol, male strippers, or cruising gay bars (yes, really), hold a formal tea in a relative’s home, and don’t drag every girlfriend to it.

A bride hoping to have lots of fun with her friends before her wedding day ought to ask herself just how much fun it is for her friends to give her an extra present. Or three. It’s quite possible to plan a fun get-together that does not strain the budget of any friends, does not require them to bring expensive presents, and does not drag on and on and require repeated overnights out of town. Will brides give up their traditional “right” to a bridal shower? Some already do. Others seem to be piling more and more on, until a wedding becomes a series of events that can try the patience and the budget of even close friends. And there’s still that hideous bridesmaid dress to wear at the actual wedding.