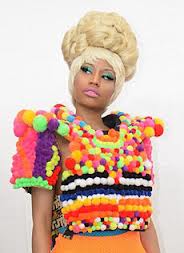 One of the pleasures of romance novels, one that movies, television, plays, operas, and ballets cannot replace, is the deep bond between a less-than-perfect reader and a less-than-specific heroine. What do I mean by less than specific? Quick, what color is Elizabeth Bennet’s hair? How about Jane Eyre’s eye color?

You’re not sure, are you? We read the scene in which Jane Eyre indignantly tells Rochester that she knows she’s small and plain but if she had money, she’d make him long for her. But is she really small and plain, or are the drab clothes and hairstyle and the self-effacing demeanor forced on a governess actually hiding natural beauty? We don’t know. She says and feels she is plain, but it doesn’t matter to the reader, because we know and care about the heart of Jane Eyre, not her surface. We share her social awkwardness and her dismay that a stupid rich woman can buy better clothes and hairdressing and thus look more impressive than she can. Books allow us to love characters from the inside out, not the outside in. Books allow us to imagine that with the right clothes and makeup, and looking happy, Jane Eyre is actually a very attractive young woman. Similarly, we imagine that we ourselves could look smashing if we had a personal stylist, a designer gown, and a million dollars worth of real jewels. (Also, digital airbrushing.)

We don’t get this opportunity for fantasy as richly in most kinds of modern entertainment, because our digital world delivers very rich visuals so easily, precisely, and sometimes dishonestly (the airbrushing) that the visuals overwhelm our other senses. We constantly see images of women who are made to look perfect even if they are not. When we look at people who don’t look like us, it’s hard to bond with them. Add the makeup and the artful presentation, whether it be cinematography or a concert light show, and they become even more distant. Stunning, for sure, but not at all like the heroines of romances, whose personalities we get to know much more intimately than their looks.

Lack of perfection can also be portrayed visually too strongly. The movie “Black Swan” was a horror story that revealed ballerinas as neurotic, self-hating anorexics who come by their stick-thin figures through self-abuse. Actresses Natalie Portman and Mila Kunis both did several months of intense training to lose the body fat normal women carry and gain the stringy, emaciated musculature of the typical ballerina. In a romance novel about a ballerina, her starved arms don’t slap us in the face. We can pretend we could be rigorously devoted to hours of practice at the barre, without the ugly reality of bleeding toes. We can believe a ballerina’s world is filled with beauty. 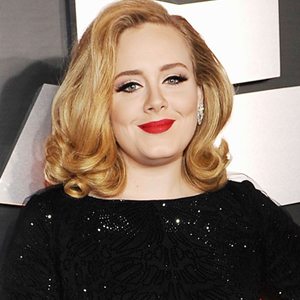 Even the music field is now dominated by the visual, often by exaggerated styles that overwhelm the music itself, as modeled by Lady Gaga, Nicki Minaj, and Katy Perry. Singer Adele has managed to become an international sensation despite her zaftig, plus-sized body type and relatively restrained, retro style of dress, but she’s the rare exception. Big girls are still lead romantic characters in opera, but that last bastion of art for art’s sake is changing, too, as more and more, operas are being simulcast to worldwide audiences. The cliché buxom sopranos frequently are replaced by more slender singers, some of whom can’t really sing all that well, but certainly look more like movie stars in close-ups. 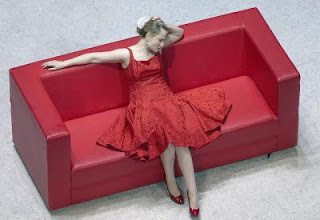 I’m not against all this visual stimulation. It can be colorful and appealing, a feast for the senses. Movie stars are attractive and if every entertainer looks like a movie star, we should be happy, right? Well, maybe. How something looks is not always the reality. A rich spectacle may not have the same heart as carefully chosen words on a page (or a few words sung with depth). This is why music by itself, without visuals, it still popular all over even though music with visuals is now widely available. This is why books, so seemingly old fashioned and monochromatic, still offer a powerful way of viewing the world, of seeing with the mind and heart instead of the eyes.