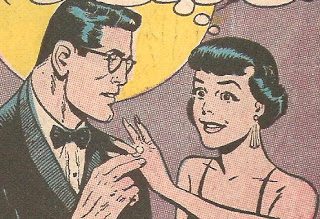 Lately I’ve noticed something: Evidence that today’s young men are romantics. What makes it weird is that we frequently hear critics claim women (and girls) who read romances get unrealistic ideas about the world. These females then try to live their real lives with exaggerated expectations. Romantic tales, people say, are supposedly the origin of that modern monster of selfishness and greed (not to mention angry tirades), the Bridezilla. I’d argue that a more likely culprit is the princess fantasies of the Disney empire (the expensive princess costumes, the elaborate accessories, the professional makeovers, the photo shoots, etc.). Regardless, we’ve all been assuming that ONLY WOMEN HAVE ROMANTIC ILLUSIONS.

Wrong. Men do, too. On a recent Suze Orman money advice show, a young man wanted to buy a diamond engagement ring he could not afford, which he planned to give to a girl he hardly knows. She lives in a foreign country far from him. What makes this young man think that a large diamond ring will win her heart? A romantic illusion.

Recently on the net we’ve seen several instances of young men who (deliberately or otherwise) proposed in public and got caught on camera. The footage of the big moment then went viral. Most times, the woman accepts. Sometimes, she turns the guy down. Awkward. Why do these men do it? Because they have romantic illusions. They harbor romance in their souls. 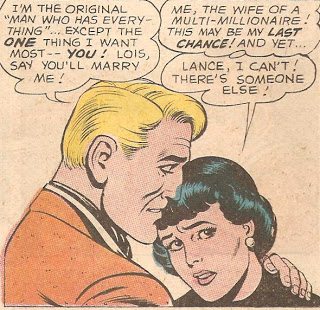 We all know cases of men who have hidden engagement rings in drinks, desserts, and what-have-you, to be discovered during a romantic dining experience at a fancy restaurant. We also see men buying flowers, buying jewelry, and other tokens. Or arranging complicated trips or special events, including surprise parties, all to enhance the moment of the proposal. The young man who wanted to buy the enormous diamond thought that all women like to show off their engagement rings and so a big diamond would win his lady’s love. But where do men get these romantic ideas?

Men do what women do: They notice the behavior of the people around them. If a boy sees his father bringing his wife flowers, taking her out places, giving her gifts, he’ll do the same when he’s a grown man. If his male friends achieve romantic success via music, walks in the park, or “tickets to that thing you love,” to quote the Old Spice Man, young men will follow that path. The fascinating thing to me is that young men are romantic enough to make these gestures. In an era in which many men are already living with the women they love, it may be that their eagerness to make outsize romantic gestures seems necessary. How else do they make the proposal special? There’s no first kiss or first lovemaking as the hoped-for aftermath of a successful proposal. The woman has already been won, at least as a girlfriend. Thus the only “first” left becomes the proposal itself.

Skywriting, renting a billboard, getting the proposal on a jumbotron, making a poster and waving it frantically during a baseball game are all efforts men have made to turn proposing into a very public event. What makes these efforts romantic is not merely their outsize nature. It’s the element of risk men add back into the relationship. They don’t have to create these public spectacles. They could just come home from work, pull out the ring box, and hand it over, saying, “I thought Wednesday would be good for a wedding at City Hall. You up for it?” 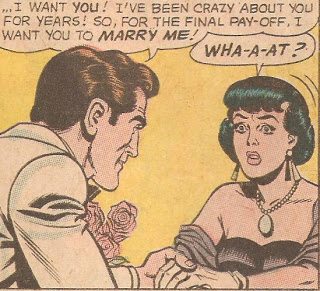 But they don’t. Although there might be some men who pull that kind of offhand proposal, the majority try to match the real or imagined sensitivities and expectations of the princesses in their lives, act the hero, and deliver a proposal that involves dropping down on their knees and begging. Pretty amazing. Pretty darn romantic, too.