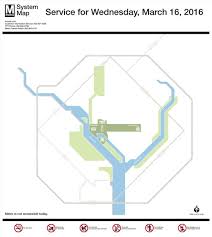 The historic Washington, DC, one-day shutdown of its entire subway system has me thinking that this is a perfect opportunity for a reality-based “meet cute” that sparks a romance novel.

I don’t recall any such romances coming out of the historic New York City transit strike in 1980. That’s probably because everybody living in glamorous Manhattan was so busy donning sneakers and walking to work. Where’s the romance in a six-mile hike from uptown to downtown? People commuting in from the less glamorous locations such as Brooklyn faced hikes over bridges or hours in their cars stuck in massive traffic jams. Exercising the patience and control to navigate two for four hours in a traffic jam twice a day produces leg cramps, not romantic thoughts. So does walking a long way in the unfamiliar combination of dress clothes and tennis shoes.

But romances don’t have to be like real life. In a romance, a heroine might be driving an Uber cab, and a hero might be the passenger, and then her modest old car overheats in the traffic jam and they have to pull over and…well, anything can happen then.

Or maybe he’s driving in from Virginia and she’s in the “slug line,” the informal line of people who essentially hitch rides into DC by becoming the second and third passengers that allow a lone driver to use the much less crowded HOV lanes. Yeah, but what’s romantic about being a slug? And three’s company, anyway.

What about people who ride actual trains, either Amtrak in from Delaware, as Vice President Biden famously did for many years, or a local commuter train like the MARC? It’s a little-known fact that many trains do not sell seats, only transportation. So those trains could be super crowded with people standing all the way into DC. What if an attractive young woman asked to sit on an attractive young man’s armrest, and he said yes, and they got to talking, and then maybe the train would go around a sharp curve and she’d be thrown into his arms, and then…

Bicycle romance? But they’d all be pedaling as hard and fast as they could, and sweating a lot, and trying to weave in and out of the stalled cars jamming all the roads. Then again, bicycle tires can go flat, or a chain can break. And bikers must follow traffic signals, so they could start exchanging chatter at each red light. There are a lot of red lights in Washington, DC. It could be the start of something.

Biker romance? Too noisy, and they’d get stuck behind all the cars or ticketed for weaving around them. Yet biker club romances are quite popular, so this has potential. Although I am not sure a biker would be hurrying into DC during the standard morning commute. Aren’t they mostly rebels who party half the night and then sleep late?

Washington, DC, also has a canal with a towpath that is popular with walkers that feeds into downtown, and a couple of rivers. Some enterprising person might try to canoe the canal in from Maryland or attempt to start up a ferry from Alexandria, Virginia, over to Georgetown, DC. Swimming is out, though. Wrong season, and killer rivers. 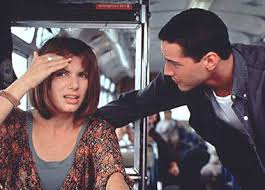 I exclude buses even though there will be lots of buses on the road. Why? Because the only romantic story involving a bus—ever—was the movie Speed. A bus stuck in traffic? Not so much. Crowded, noisy, smelly buses, endlessly inching down the streets a few feet at a time? Not romantic. Sorry.