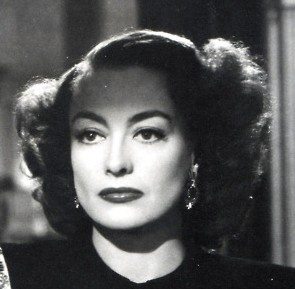 Have you ever wondered why romance heroines don’t have mothers? I’ve read at least a zillion romances, and the heroines almost never have a living, healthy, normal mother. They also almost never have a capricious, demanding, insensitive, abusive mother. They don’t have a mother who gave up her career to be a housewife and then resented the loss and became an alcoholic, or a Mommie Dearest for a mother, a secret abuser mom whose public perfection hides a dark soul. When we read
romances, we don’t often see heroines who have single-mother moms, or busy career striver moms, women who are too wrapped up in their hard-won work to notice their daughters’ problems. And wherever today’s romance heroines live, their mothers are mostly somewhere else. If romance heroines occasionally bring their men home to meet their parents, the family is portrayed as a gloss on mid-twentieth century ideals, in which the mother never does anything beyond keeping house and putting on a family feast. 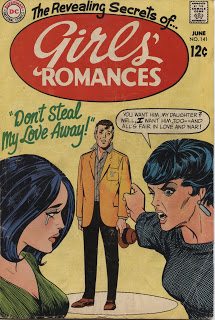 Romance heroines don’t have mothers at all. Not real moms, who call, text, or e-mail regularly. Not moms who tweet or blog or do social networking, either. Not moms who make lame dating suggestions or send old fashioned clothes as gift, or who embarrass heroines by acting too young, or who try to steal their boyfriends (!). And thankfully, not moms who keep asking the heroines if they have a boyfriend and when they’re getting engaged or married.

This is kind of weird because historically, mothers had critical power in the lives of their daughters. Mothers created the social world by holding events such as dinner parties, teas, and dances, at which young single girls could meet eligible young men while chaperoned. Mothers enforced social rules of behavior, often by shunning girls who had lapses. In the 1938 Bette Davis movie, Jezebel, when she attends a ball wearing an unsuitable red dress instead of the expected virginal white, she becomes an instant social outcast. No one who knows her will speak to her. As the Downton Abbey television series shows, a girl who flouted the rules of British society (at all levels) by becoming an unwed mother was not merely a social outcast; she was so socially condemned that she could not get a job to support herself and her child, and might have to turn to prostitution. And let us not forget the many marriages of convenience brokered by mothers, mothers who pressured their daughters to marry the chosen men regardless of any feelings the young women might have. (Contrast that with today’s romance heroines, who enter into arranged marriages they themselves negotiate.) 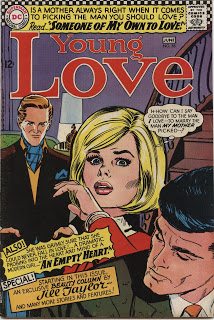 Those days are mostly gone in our culture, but we apparently haven’t evolved enough socially to figure out what to do with mothers whose social role is no longer necessary in a romance. So we kill them. Or we ship them across country. But we don’t kill them in a manner that motivates the romance heroine to become heroic. Whereas romantic heroes often are impelled by the death of a parent (for example, “You killed my father, prepare to die” from The Princess Bride), romance heroines simply feel the lack of a strong, protective female person in their lives. 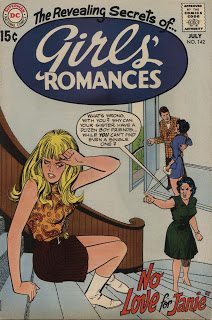 The only recent romance subgenre that frequently featured mothers was chick lit. Those mothers were uniformly interfering and aggravating, not to mention embarrassing if they did something to upset the nuclear family cliché like separate from the heroine’s father and try to “find themselves” at their advanced age.

Paranormal heroines do have mothers, but these powerful heroines often discover their nonhuman mother is pure evil. Uh-oh. Although some paranormal heroines are inheritors of their mothers’ “good” magical or otherworld powers, the mothers usually are not around, or they were killed in some epic struggle, or whisked to another dimension where they’ve been trapped for eternity, and so on. I can’t recall a paranormal in which the heroine actually saves her mother from peril, though, or specifically avenges her death. Clearly, we haven’t quite figured out what to do with mothers ever since their historical power base eroded.

I should mention one subcategory of romance heroine who does have a mother, the ethnic family heroine. It can be any group, although Italian and Irish have shown up the most so far. Here the family dynamic is a throwback; the heroines are expected for Sunday dinner at Mom’s or Grandma’s, or else there is intense family nagging. Conflict arises because the heroines either try to skip out on the de rigueur family meet-up, or because they bring home a man who isn’t of their same group. Since modern romance heroines usually live on their own and are economically independent, the most frequent consequence of their rebellion from the family rules is sibling or parental nagging, and the threat of family shunning if she doesn’t do her life the way they do theirs.

Shunning. The Amish are experts at this, but let’s not go down that road today.