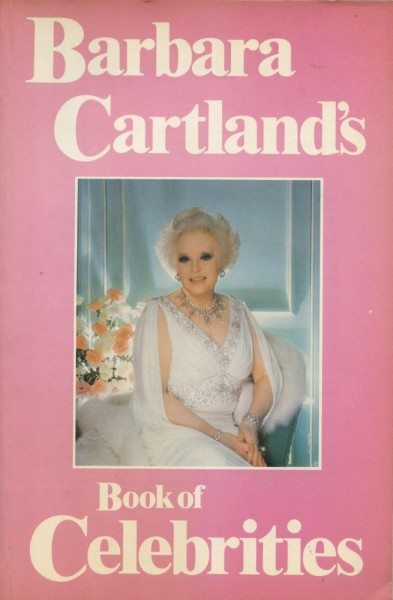 Romance novels were popular all throughout the 20th century, but in the late 1970s, they exploded. Within a few years, just about every commercial fiction publisher had a line of contemporary or historical romances (or both). As they vied with each other for market share, romance readers pursued information about the authors whose books they enjoyed.

But this was a pre-Internet time, so how could a reader learn anything about a romance author? Not through the usual media that covered books, since romances seldom got reviewed. If a hometown newspaper did a feature on a local romance author, it was sure to be a patronizing and inaccurate piece, heavy on wishful thinking. Romance authors all supposedly lay on their chaise lounges all day, eating bonbons, playing with their pampered lapdogs, and airily dictating stacks of risqué novels to some servile secretary.

Dame Barbara Cartland did her best to live up to the hype. A genius self-promoter all her life, she hit big all over again as she moved into old age. She’d show up at publicity events in heavy makeup totally unsuitable for an eighty-year-old, wreathed in enormous sparkling jewelry (could it possibly be real?), and wearing formal designer gowns. Cartland sold millions of books, and reached the acme of her social ambition when she finally could claim a connection to royalty: her step-granddaughter was Princess Diana! 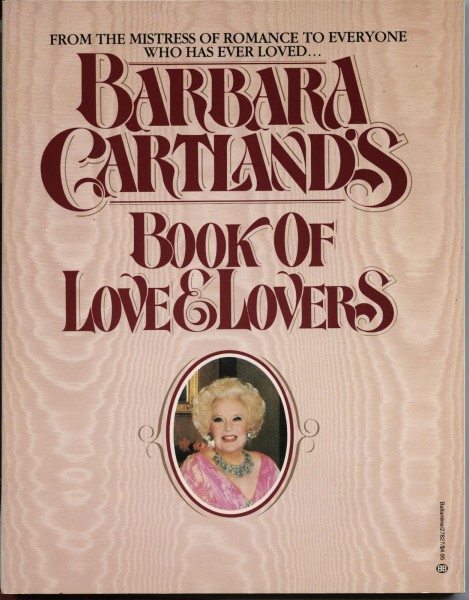 We heard a lot about Barbara Cartland because not only did she make public appearances, she also published other books and licensed a variety of commercial goods to capitalize on her worldwide fame. Jigsaw puzzles with art from the covers of her books. Sheets. More. The photos of celebrities she collected and put into her gossipy Barbara Cartland’s Book of Celebrities were probably all culled from public domain sources, but pre-Internet, you or I hadn’t a hope of finding them easily. So we bought that expensive, lavishly illustrated oversized paperback book, and then we bought Barbara Cartland’s Book of Love and Lovers, a full-color book filled with classic paintings depicting romantic scenes. 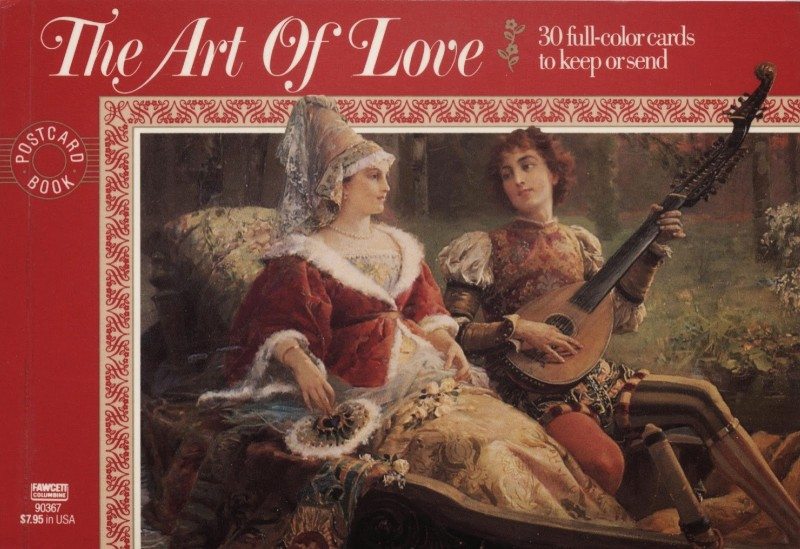 Barbara Cartland wasn’t the only person trying to make a buck on romance with compilations of romantic paintings with a little bit of text thrown in. The Art of Love, is a “book” composed entirely of thirty postcards depicting 19th century paintings, some sentimental, some Re-Raphaelite. 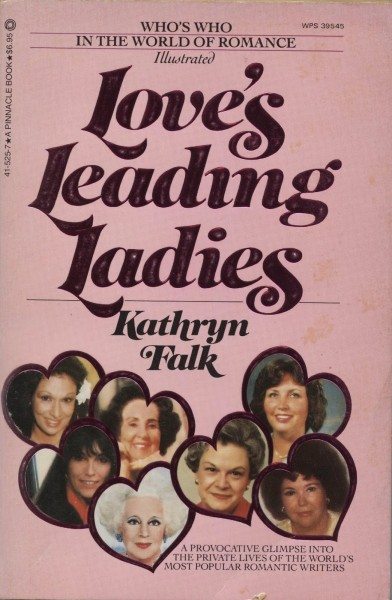 The beginning of romance fandom was happening around this time. Because romance readers had little opportunity to meet or know the authors of romances, we bought anything relating to romance writing. The Romance Reader’s Handbook mostly lists authors’ names and their known pseudonyms. The book also includes a bunch of ads paid for by the authors, promoting their books and giving addresses for fan mail. Love’s Leading Ladies was more ambitious, filled with biographical sketches of popular romance authors—and recipes. 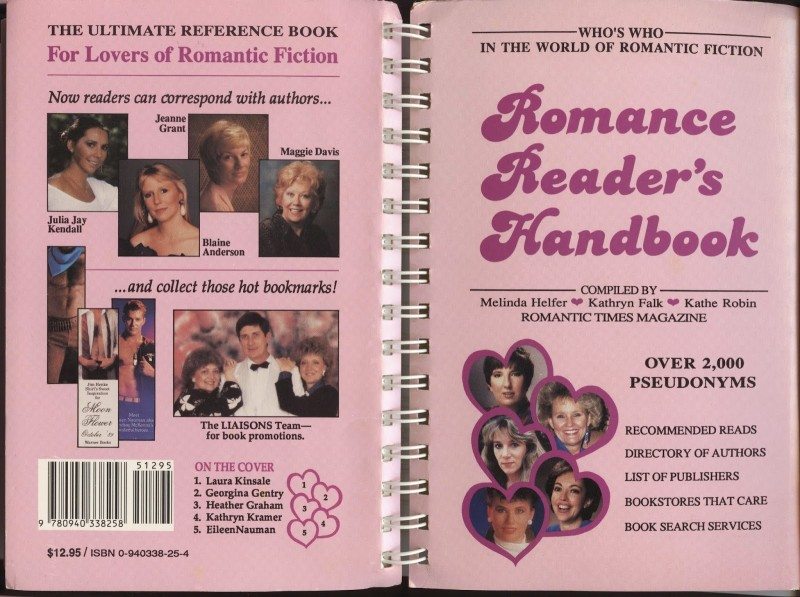 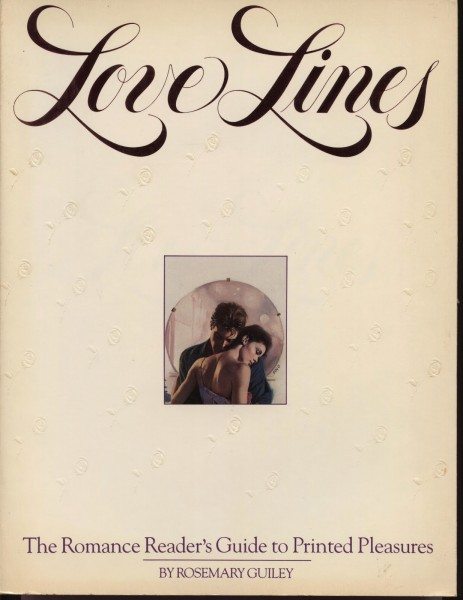 Love Lines was a more upscale meet-the-authors kind of book. It actually had text trying to show the development of romance as a genre from medieval times and beyond, including movies and the editorial teams and artists responsible for recently published romances. Love Lines was full of random, supposedly romantic information, such as detailed instructions about how to write a love letter (!). Plenty of black and white reproductions of romance book covers padded this attempt to be all things to romance readers. If you run across a copy of this old book, be wary of the spoilers, though, such as giving away the plot twist in Virginia Coffman’s classic Gothic romance, Moura. Nice going, guys.