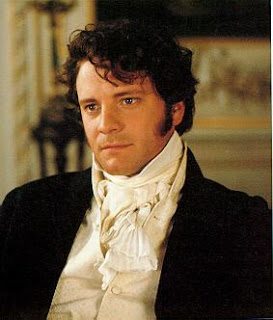 Do you want to “hear” the thoughts of both main characters in a romance? Does knowing the feelings of the hero help the story or hinder it? How much is enough? Can we know too much?

Not so long ago, heroes of romance were opaque. Romances were written strictly from the heroine’s point of view, and there was never a peek into the hero’s mind. Even worse, the strong, silent type of hero of old never said much to reveal his feelings. Not until the very end of the book, when he finally declared his love. For a couple hundred pages, the heroine wondered what the hero thought of her, but she had no definite knowledge, and neither did the reader. Frustrating.

Consider how little we know firsthand about Darcy, the hero of Jane Austen’s novel, Pride and Prejudice. We never hear his thoughts.. He seldom even deigns to speak directly to Elizabeth Bennet, the heroine, although they meet socially many times. Yet he has great appeal, because in addition to being rich and handsome, he is the unknown and the unattainable. He is larger than life. When he finally does reveal his love for her, his romantic declaration has tremendous impact. Elizabeth has to revise every thought she had about him previously, and so does the reader, while still not knowing him well. Although he begins to lose his opacity as he tries to redeem himself in Elizabeth’s eyes, he remains mostly an elusive, heroic character to the very end of the story. No wonder so many authors today have written their own sequels to Pride and Prejudice. They all feel the lure of the man who attracts by his very reticence. They’d like to know him better.

Today in contemporary romances we’re used to men whose thoughts we know, men who talk. These modern romance heroes even talk about their feelings (in a manly and heroic way, of course). We are frequently privy to the hero’s thoughts. We know how those thoughts alter as he falls in love, and in many romances, we even know exactly when he does fall. The author doesn’t hold it all back for a revelation at the story’s conclusion. Still, authors are careful to reveal just enough of the hero’s thoughts to maintain conflict and suspense and romantic illusions. Knowing too much of what the hero is thinking can reduce him from a hero to a mere man. In real life, we marry real men, but in romances, we want heroes. Our heroine may think of herself as ordinary, but she (and the reader) has to feel that the man she loves is extraordinary. A hero of romance is always someone who is larger than life. Not knowing exactly how mundane his thoughts are keeps his romantic aura intact. 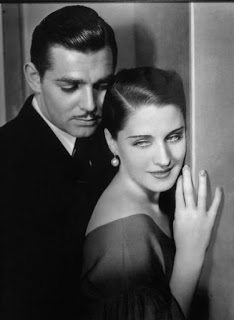 Realism kills romance. A classic realistic play, Eugene O’Neill’s Strange Interlude, is a brilliant example of why realism and romance can’t mix. The play won the Pulitzer Prize, in part because of its device of having every character speak his or her thoughts out loud. These asides often are disjointed, but they clearly indicate what each character is thinking and feeling. Unfortunately, nobody comes off well. Selfishness, petty meanness, cowardice, egotism, and many other negative qualities are revealed. Three men, Charlie, Ned, and Sam, are in love with Nina, but none of the men is shown to be a hero. We learn too much about how weak or selfish they are. Nina, the object of all this attention, is no heroine herself, just a confused and often petty person. We know exactly how messed up she is because she tells us her every thought. Realism drains the story of romance.

(O’Neill forced playgoers to sit through over four hours of this dreary story of sickly entwined lives. The play is so long that there was a dinner intermission. I would not be surprised to learn that some of the audience never came back from dinner.) 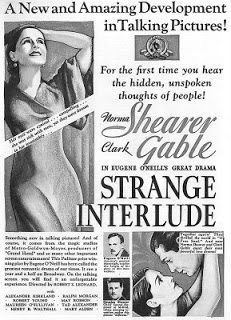 Would the characters in O’Neill’s play seem more romantic and heroic if we did not know all their thoughts? Absolutely. We might think good old Charlie is a nice guy, instead of a prissy old maid type who finds sex repulsive. We’d surely hold Ned up as a romantic hero, since he’s a dashing doctor, if we didn’t know how selfish he is. And we wouldn’t pity Sam as dumb because he’d merely appear young and pleasant.

Somewhere between the opacity of a Darcy and the warts-and-all realism of O’Neill’s characters is the sweet spot occupied by today’s romantic heroes. We get to know them just enough to admire and respect them, but not enough to find them mundane or to dislike their personal quirks or their moral choices. Of course in a romance they always make the right moral choices, but then, that’s why they are heroes.