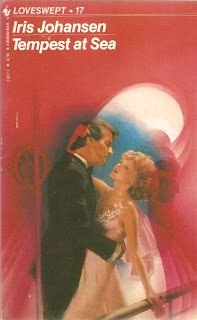 Random House announces it will start up the Loveswept line of romances again as ebooks only. The line is supposedly going to be a mix of reprints (Can we call them that when nothing is getting near a press?) and a few new novels.

Loveswept was a line of 900-plus contemporary paperback romances published by Bantam Books starting in 1983 and ending in 1999. Carolyn Nichols, an author turned editor, founded the line, after she’d started Second Chance at Love over at Berkley Jove. I worked with Carolyn and her small editorial staff to put together some of the earliest books in the series. Carolyn Nichols had some interesting ideas, but basically, the series was a success because she bought manuscripts from several terrific unknowns and beginners, the premier of them being Iris Johansen. Johansen now has a hugely successful career as a thriller writer. Loveswept heroines tended to follow Johansen’s then standard of a hard-done-by, martyrlike heroine, who absorbed plenty of pain before being allowed a happily ever after. 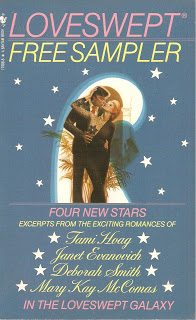 Other authors who made a splash at Loveswept were Sandra Brown (who already was being published by multiple romance publishers and is now also a bestselling thriller writer), Fayrene Preston, and Kay Hooper. Contemporary romances were big at the time, just as paranormals are today, and there were too many being published per month (around 150) for even the most devoted of fans to buy and read them all. Perhaps there is a potential audience of older romance readers who never got around to reading these titles when they first came out.

What do we make of the idea of reprinting these stories? They are a time capsule, representing a period when it was controversial for a woman to have a real career. Far more problematic, brutish male behavior was more tolerated then than it is now. Romances written thirty years ago had partner rapes, shaking and slapping, smoking, drinking jags, catty other women, and a lot of high-handed behavior that young women today consider outrageous and, worse, deeply unattractive. Is a modern romance audience willing to read this kind of material, even taking it as a snapshot of a bygone era? I doubt most of these stories will hold up well. I can’t imagine how the Loveswept type of heroine, especially the martyr heroine Johansen was so good at creating, will speak to today’s romance readers, the younger women who eat up paranormal romances about kickass heroines who save the world themselves and take no guff from any man. We’re all still seeking romance, but some of the rules change as society changes. 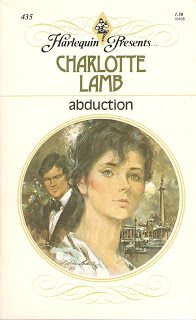 Jumping on the bandwagon (now there’s an antique phrase), Harlequin has just announced plans to bring out 11,000 backlist romance titles as ebooks. Who will want to read these old books? (And how old are we talking about, since Harlequin in theory could digitize romances it published over 50 years ago?) Again, it is not the age of the books, it is the outdated attitudes expressed or tolerated in them that could be a serious sticking point for readers. In America and all across the world, women today have a larger image of who they are and can be than ever before. Does the releasing of older romance titles do anything to help or hurt that hard-won standard of self-determination and self-respect? Or will these older books simply not catch the fancy of today’s romance readers?

Or, concerned with the books appearing dated, are these publishers planning to revise all the older novels they intend to release as ebooks? For many years, Nancy Drew books were updated, with mixed results. Obviously they were easier for readers to get into if they had Nancy driving the latest car instead of a 1930s roadster. But many believe that the updating also toned down Nancy’s original feisty character to fit a more conservative era. With these old romances, would the revisions be the opposite? Making the heroines stronger? That would be very weird, yet it would also fulfill a long-held fantasy of mine. Probably yours, too. You know, the one about how a certain story had a good premise and characters but then took a terrible wrong turn? And we daydreamed about what these characters should have done? Some of us got feisty ourselves and wrote brand new books in which people like these characters do the right thing after all. Many a romance writing career has started with a reader thinking she could pull off the same idea better. Strictly as readers, though, a book that feels wrongheaded is a waste of time and an irritant. We want the story to go in the direction we believe is right. Over time, as society changes, our definition of a happy ending changes, too.

Will romance readers buy 12,000 old titles of dubious relevance to the issues that interest women today? Only time will tell.