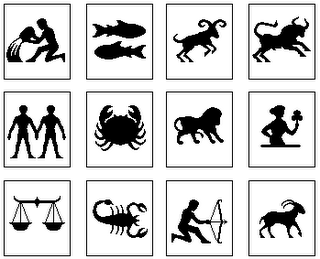 I write astrology columns under the pen name, Constantine Lucas. Astrology has been a hobby of mine since high school. And I can’t tell you how much I hate horoscopes, which, I believe, turn astrology into a joke.

When most people think of astrology, they think of those awful horoscopes you read in the paper. Those are all based on what people call their “sign.” In astrology, we call this your “sun sign.”

If you could determine a person’s entire personality by their sun sign, there would only be twelve types of people in the world. But, as we all know, people are much more complicated than that. So, sun sign astrology is very superficial and often inaccurate.

The sun is one “planet” in a chart. Each planet was in a sign at the time of your birth, as seen from the Earth. Each of these planets has a way of influencing a person’s personality, and the sign the planet is in determines the nature of its influence. The area of life influenced by that planet is called a “house.” There are 10 planets and 12 houses. All these things and more come together in what is called a “natal chart.” Unlike sun signs, a natal chart is 100 percent unique to the person, and much more accurate.

Your moon sign, for example, is your emotional side. If a guy is a Leo and has a moon in Aquarius, he is going to have this other side to him that is very un-Leo like. Aquarius, you see, is the opposite sign of Leo. So, this person will think and act like a Leo, but deep down he is an Aquarius.

Not only that, if these two planets are directly opposing each other in a chart, these sides will “fight” each other. The opposition will act as a difficulty or flaw in the person’s personality. These are called “aspects,” which can be good and bad depending on the placement in the chart. Where these arise in the person’s life will depend on the houses those planets are in. Let’s say the Leo above has his sun in the Second House, which is the house of personal possessions. This would put the moon in the Eighth House, which is the house of shared possessions. The conflict, then, would arise over finances. Quite possibly, this person would suffer huge conflicts with loved ones over money, which would probably be related to an inheritance from the mother.

Pretty serious stuff! Of course, sometimes aspects are positive. And one can pinpoint strengths that will help him or her overcome the negative aspects of their chart. For example, here is Rosanna Arquette’s natal chart.

Like people, natal charts are very complicated and it takes years of study to be able to accurately interpret one. But unlike sun sign astrology, natal astrology is very accurate. You won’t hear a lot of superficial flattery, but you can learn a lot about yourself. So the next time you read a horoscope that doesn’t pan out or read a description of your sign that doesn’t quite sound like you, keep in mind that there’s so much more going on in the heavens than a single planet.